Monthly social at the Biltmore 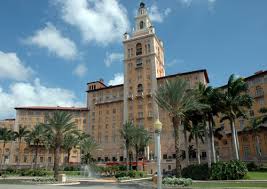 Master Chufei Tsai was born in Taiwan in 1959. During her teenage years she

was trained as a catholic nun and was greatly influenced by her Grand Mom, a great aboriginal healer, and her many artistic uncles. In 1978 she graduated from medical school as a Nurse and started to travel throughout Asia with her family. In 1985, she was appointed as a Master to teach others the Inner Practice from the Ancient Taoist Tradition, together with the Confucian and Buddhist philosophies for healing and well-being. Throughout the years she has traveled throughout Asia and Europe and trained many Masters to teach the Inner Practices in their own communities.

Between 1985 and 1995, she worked with orphanages in the remote areas of the Himalayas, providing education, hiring teachers, building schools and providing food and clothing. Master Tsai also provided medical resources and occupational training for the blind and physically challenged. Throughout the years she has always offered her services and help to assist those in great need.

In the area of healing, she was invited to work with hospitals and universities, researching the origins and treatment of obscure diseases. She treated terminally ill patients during her involvement, either by doing direct healing or devising self-healing programs for them.

Between 1996-2000, she traveled and continued her education in psychology and philosophy and worked with scientists in Russia, Germany and England. In 1997 the Taiwanese President asked Master Tsai to develop two programs for the Chinese Cultural Renaissance. The first focused on a spiritual renaissance. It included the idea of a spiritual revolution, an awakening of consciousness to the value of human life, which would bring more tranquility and peace to society. The second was a scientific research study of Chi or bio-energy. This was done in cooperation with the University of Taiwan.

In 1988, she met her Guru, His Eminence Jamgon Kongtrul Rinpoche who provided private instruction to her until his death in an automobile accident in 1992. She carried the grief of losing her teacher but continued her studies with the world renowned great scholar and Yogi, Khenpo Tsultrim Gyamtso Rinpoche. At her teacher’s request and blessings, Master Tsai founded the first Zab Sang Institute in Taipei, Taiwan in 1993.

As usual drinks are half price and, our area will be reserved for us. And an update on our invitation to participate in the  Miccosukee September celebrations will be forthcoming.