Members of Occupy Miami met last week with educators and, members of the International Press Club Miami to discuss aspects of the Occupy movement and, possible interactions between Occupy Miami members, Journalist and Teachers.

IPC-Miami President Pedro Gonzales Munne hosted the meeting at the Coral Gables Hyatt Regency where the group met last Friday at 9:30 am. Among the attendees wee a couple of educators, most prominent among them was Dr, Leonardo Ferreira PHD.  Dr, Ferreira wore the hats of Journalist and Educator as he is both a prominent international news professional  and a well respected Professor at  the University of Miami. 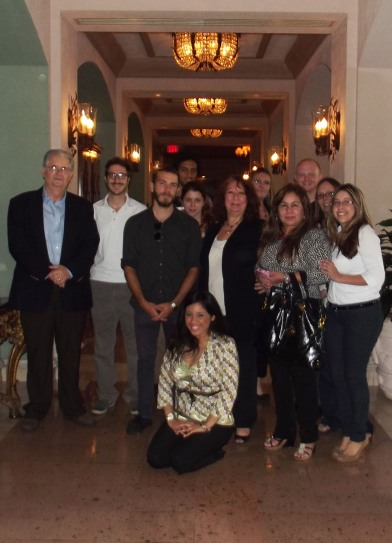 The participants exchanged views on the general concept of the local occupy movement. Among these perhaps the golden key to the heart of the movement is their desire to exemplify,as thoroughly as possible, the very image of a truly democratic body. This is a wonderful principle that the group members present had already learned  is rather difficult to crystallize into actionable reality. A salient example being for instance the fact that individual members are very careful not to generalize the expression of their personal views into the image of the “Occupy Movement”.

It bears to mention that the writer of this piece and organizer of this initial get together had the opportunity to meet with some of the attending occupy Miami members a a week or so earlier. At that meeting it became joyfully apparent that the core of the local movement was made up of some very clear minded individuals. Bright minds armed with a refreshing sense of camaraderie and  mission truly unexpected of these very young lions. Yes, …lions is the best image I can use to express the courage they seem to exude without even realizing the daring do of their actions. A truly, truly refreshing image of the youth in the movement.

Still, it is not all left to the young. Within the local Occupy movement there is also a core of perennial “true believers’ that span the age scales way beyond their teens. One  Melanie Watson in particular bears mention, she is a married and the busy mother of three great kids but, she still manages to find the time to lend her experience and care to her other  “kids” at Occupy Miami. That is another general theme in the group, they all seem to share a desire to take care of each other  (even if at times disagreements and, out right arguments may arise  between individuals).

Obviously,  “Occupy Miami” is not a utopia but, it is not an anarchist rabble either. Violence is not in their arsenal. Instead they look to reason and example. The group members present were well aware of their organizational short comings and, had that as another reason to attend the   meeting. They need advice and gentle non intrusive guidance. They don’t need someone to control them, take charge of leadership or, even act as a designated spokesperson. They need the experience and contacts of those of us who have  been around the block already. Particularly that of  those dedicated their live to truth and knowledge.

The group at the meeting has no specific demands, At least not in the way a politician or a business man would. They have started the conversation by their actions and, if pressed for a message, It is not so hard to hear it loud and clear, if you just listen. A fair shot at a good affordable education, a fair shake in the employment market, fair and honest representation by elected officials,  the simplest common denominator of their demands seems to be just that little word…, fairness.

So, this first meeting was held to see if there is a way by which journalist and educators, the preeminent bastions professions of fair representation and  accessible knowledge could  show this small force of nature, how to constructively develop into a force for effective, practical change without trying to alter in any way the purity of their ideals.

Dr. Ferreira, offered a great opportunity for a further step to this potentially symbiotic relationship by suggesting the possibility of helping members of occupy to apply for internships at news agencies (for example, since the majority of the member present were journalism students).  In light of that suggestion,  IPC Miami will include a section in it’s  scheduled newsletter for such opportunities and contacts.

Further more, IPC-Miami will start a local citizen journalism program where it will establish workshops and provide credentials for members of occupy with journalism majors or, media experience of some sort.  (certain basic parameters must be satisfied for IPC Miami to responsibly issue a press pass).

Some of the other initiatives include a visit to Dr. Ferreira’s classes by representatives of

Occupy Miami so that students can further exchange ideas and co-examine the movement at large , though the experience of local members. Outreach to other professors both at FIU,  MDC, St, Thomas will also be sought.

Two last items also need mention. The first is that as IPC-Miami in coordination with the ICCSD (Independent Chamber of Commerce of South Dade), The Florida Association of Hispanic Journalists, Neoterraquest llc and Amsworldweb Corp prepare a parade to honor the military, a good number of the Occupy Miami movement have announced will also participate. Though, neither the movement not, the individual members at the meeting support war as a viable method for progress, they all agree that the commitment and suffering of our troops on behalf of our liberties must be recognized. In fact, many of the members of the movement either have family members and friends in active duty or, have lost them in action so, they are very sensitive to the subject. 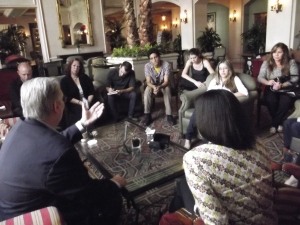 Finally, ICCSD has made arrangements to organize a small jazz night for members of Occupy Miami at the Keg South of Kendall. The tentative date is Saturday February 25th at 8:30 but, details will be confirmed on our next issue. If you would like to participate either with parade, the jazz night, have comments /suggestions or, would like to help in any way, please fill the following form and, we will be in touch shortly.

For more information  or, to set up interviews with Occupy Miami, please contact John Noone at  Occupy Miami.